Surprise and frustration. That’s the only way to describe my feelings when I found out a few years ago that my great-great grandmother, Lucy Ann Jackson, who was born into slavery in Nelson Co., VA, my great-grandfather Clarence “Papa Jack” Jackson Sr., and my great-grandmother Addie “Momma Addie” Jackson were buried in Tarrytown’s Sleepy Hollow Cemetery—not far from the gravesites of my grandparents and other relatives. 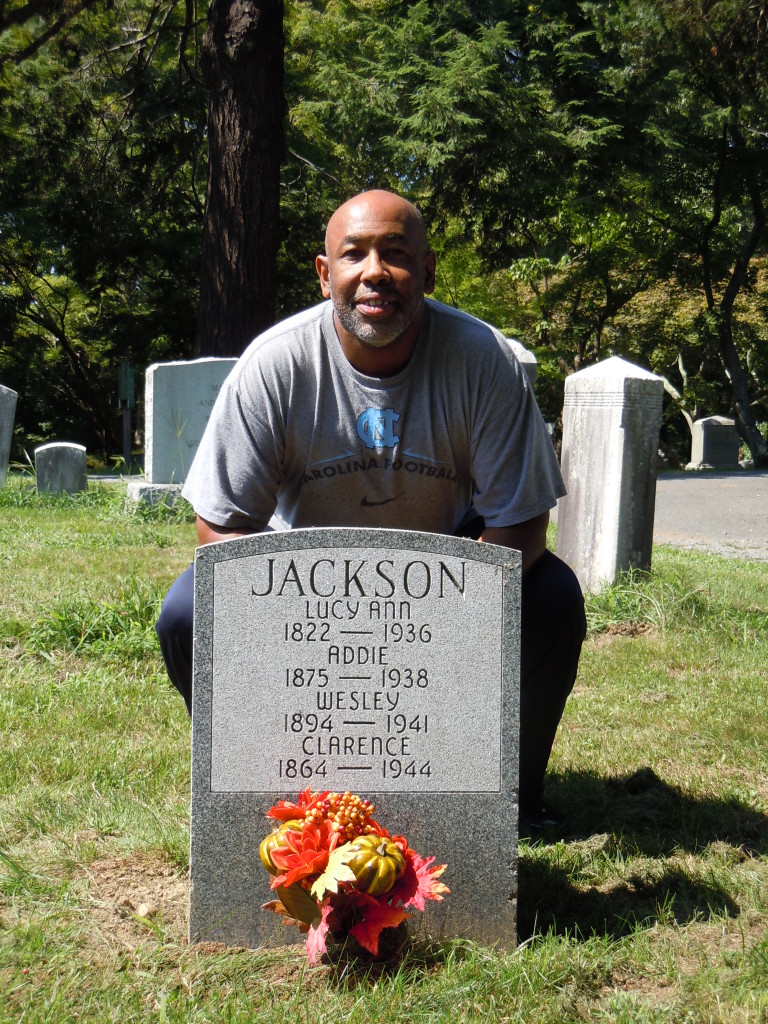 Honoring the gravesite of my great-great grandmother and great grandparents

If I had known that these other ancestors were buried elsewhere in the same cemetery, I certainly would have visited their gravesite to reflect and leave flowers, just as I often did at the gravesite of my grandparents.

My grandparents—Henry and Virginia Nelson—were buried in the Lone Valley section of the cemetery, but I wanted to locate the graves of my great-great grandmother and great-grandparents who were buried in the Macpelah section. My first visit to the Macpelah section in May 2010 ended in frustration as the cemetery’s superintendent, Andrew Cupak, and I were unable to find my ancestors’ burial site. I wanted to make sure their grave had a proper headstone—and I wanted to leave a token of my love and appreciation. These were, after all, ancestors who, in the early 1900s, had been leaders of Tarrytown’s “colored” community—and who had become a tremendous source of pride and inspiration for me in recent years. 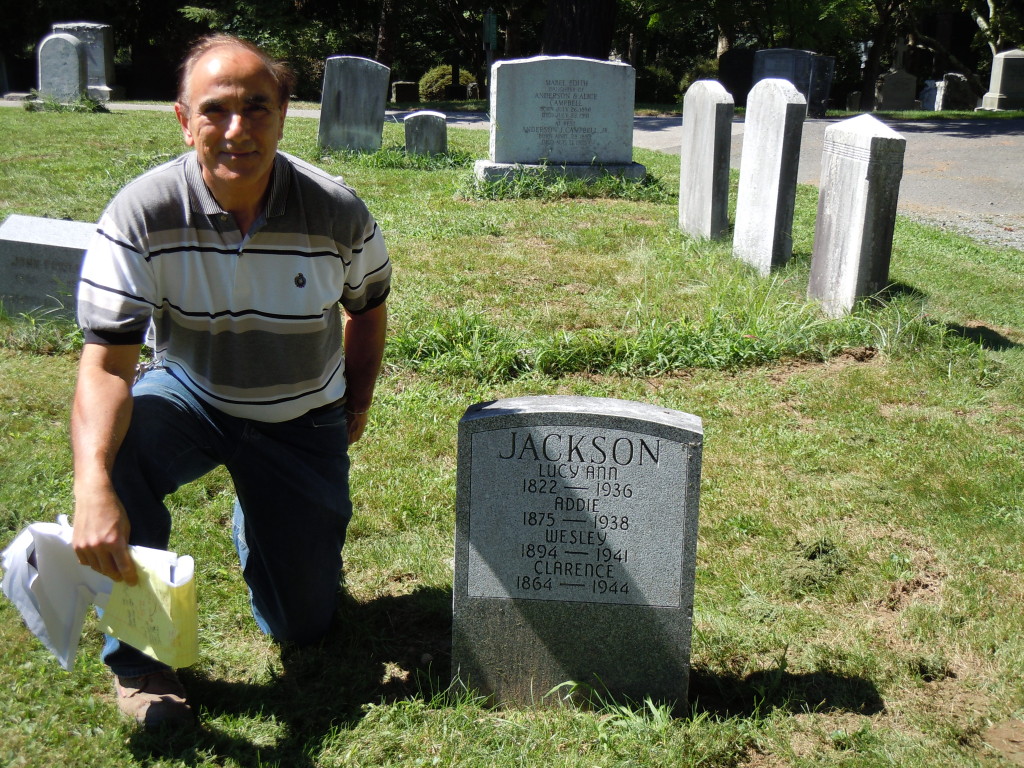 Before I left that the cemetery that May day, Superintendent Cupak vowed to find my ancestors’ gravesite. When I returned 4-5 months later he had indeed found their burial site—and there was a headstone that he had had cleaned to ensure that it was in top condition when I saw it. I appreciated the superintendent’s efforts—and I was thrilled to finally be able to see, care for and honor my ancestors’ final resting place.

While this search for my ancestors’ gravesites ended a chapter of my pursuit of my family’s history, it also intensified a new one. Now, I was even more determined to learn more about what I consider some fairly remarkable ancestors, including a great-great grandmother who lived to be 114, a great-grandfather who in the early 1900s served as the personal assistant to the president of New York Central Railway, and great grandmother who was a political activist, a community leader and a respected spokesperson for Tarrytown’s “colored” people.