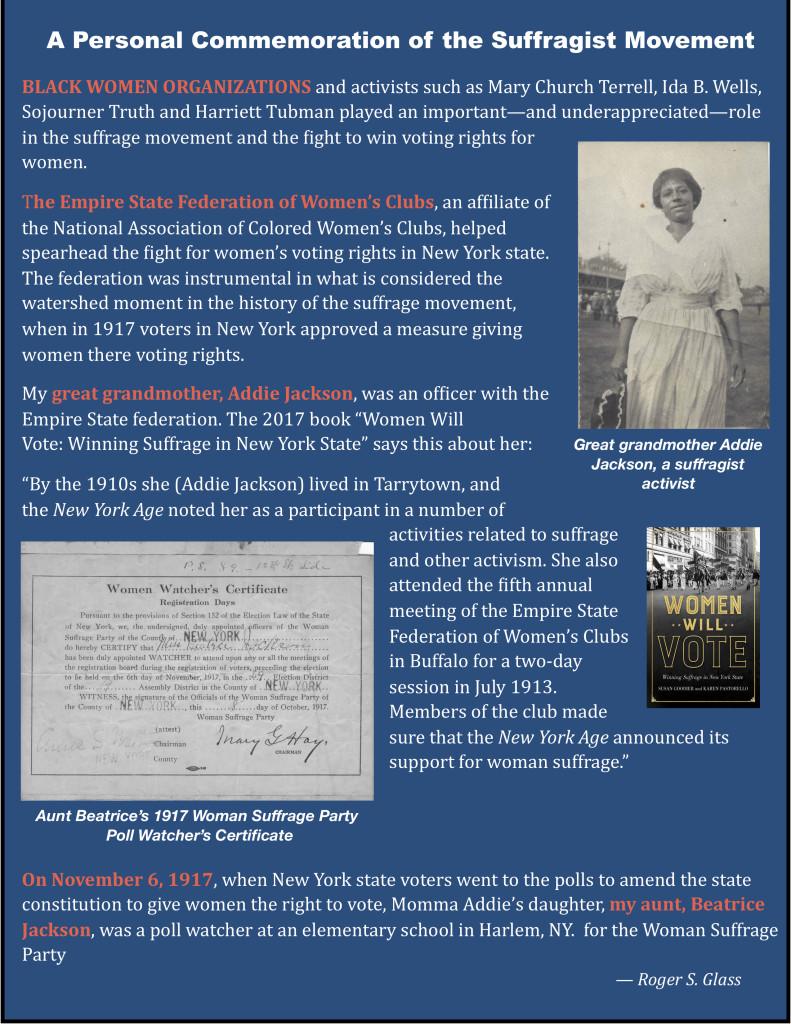 My great grandmother, Addie Jackson (or Momma Addie), knew Harriet Tubman. At least I’m pretty sure she did. Here’s why I say that. In the last years of her life, Tubman lived in Auburn, NY, where she’s buried, and her primary caretakers were members of the Empire State Federation of Colored Women’s Clubs. Momma Addie was the financial secretary of the club at the time. 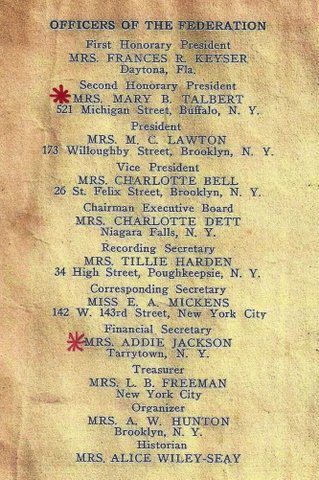 The Tubman biography, “Bound for the Promised Land,” says this about the club’s care for Tubman when she was “penniless and ill” at about 90 years old: “Through the efforts of Mary Talbert (the group’s president), the Empire State Women’s Clubs also helped raise funds for Tubman’s care…”

The same biography also says this about Talbert’s relationship with Tubman: “Mary Talbert recalled her last visit with Tubman, about a month before her death. Tubman grasped her hand as she was about to leave, urging her to ‘tell the women to stand together for God will never forsake us.’ ”