I want to salute my Grand Uncle Wesley Jackson. Uncle Wesley was the first born of my great grandparents “Momma Addie” Jackson and Clarence “Papa Jack” Jackson. In 1917, during WW I, he enlisted in the Army (his original enlistment card is below) where he was a cook, a common duty for black enlistees. While stationed at Camp Hill in Newport News, VA, Uncle Wesley, wrote a “Letter to the Editor” to his hometown newspaper, the Tarrytown (NY) Daily News. As you can tell by the excerpt below, Uncle Wesley was a gifted writer. 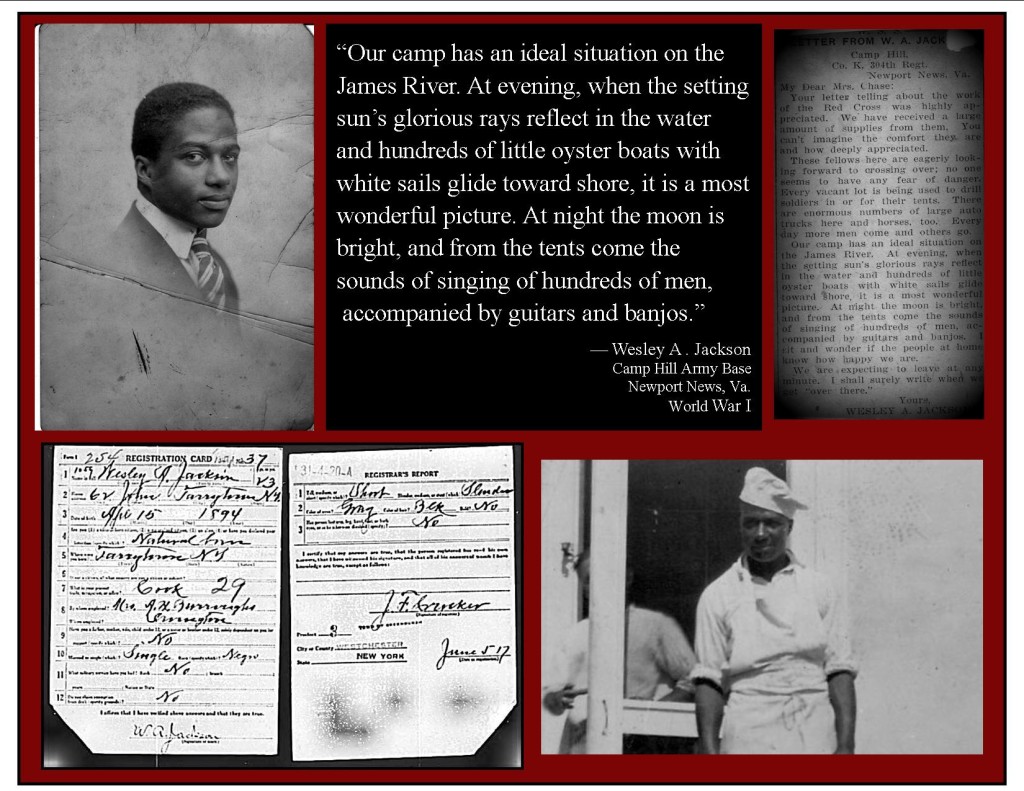 Following his service in the Army and spending time in France as a member of the American Expeditionary Force,  Uncle Wesley was honorably discharged in 1919. He and would later work with the Civilian Conservation Corps in Whitehall, VT and Yorktown, VA. Uncle Wesley died in Appomattox, VA at the age of 46.