Law enforcement officers probably didn’t expect to be confronted by my great grandmother, Addie Jackson, when they arrived to evict her daughters, Marie and Virginia (my grandmother), from their Tarrytown, NY home. But that’s exactly what happened. And one officer left with the bruises to prove it. 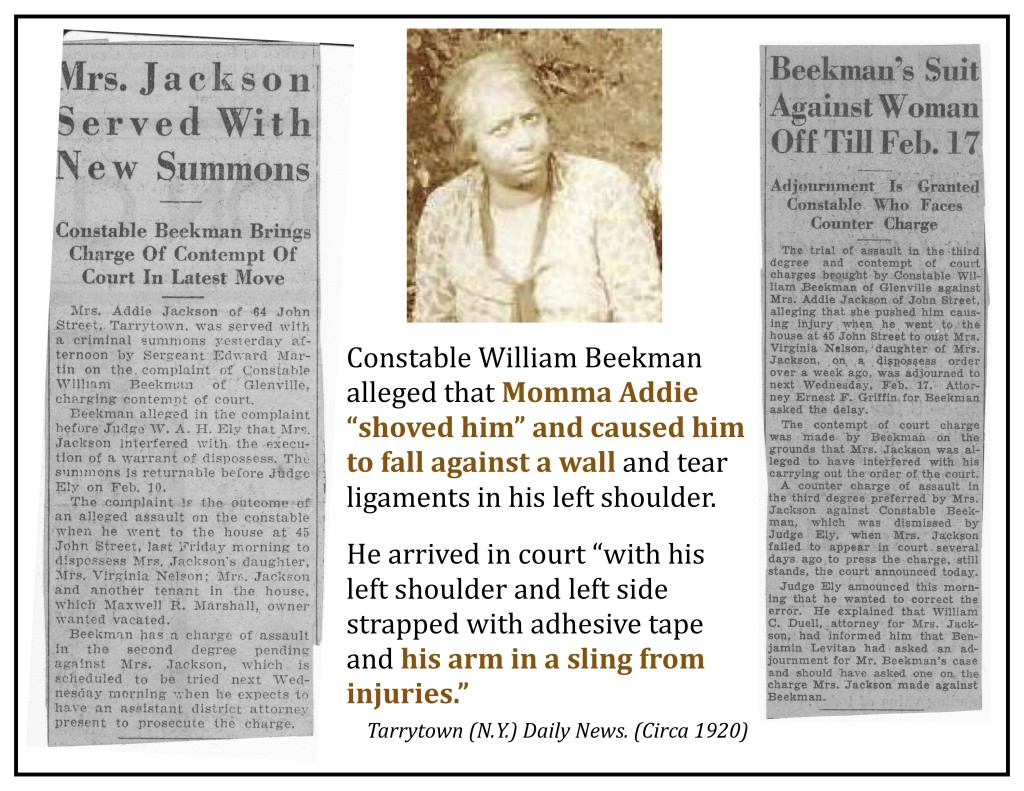 Constable William Beekman alleged that Momma Addie “shoved him” and caused him to fall against a wall and tear ligaments in his left shoulder, according to an article in an early 1920s issue of the Tarrytown Daily News.

Beekman, who charged Momma Addie with assault, arrived in court “with his left shoulder and left side strapped with adhesive tape and his arm in a sling from injuries,” the article says.

The Constable learned the hard way that “Momma Don’t Take No Mess.”