Skip to primary content
Skip to secondary content
“Some people think it is almost a crime to be a Negro. As for me, I am proud to belong to a race that has made such progress in fifty years of freedom, yes, and proud to belong to that race that, in spite of all abuse, has never known a traitor.”
— Beatrice H. Jackson, 1917 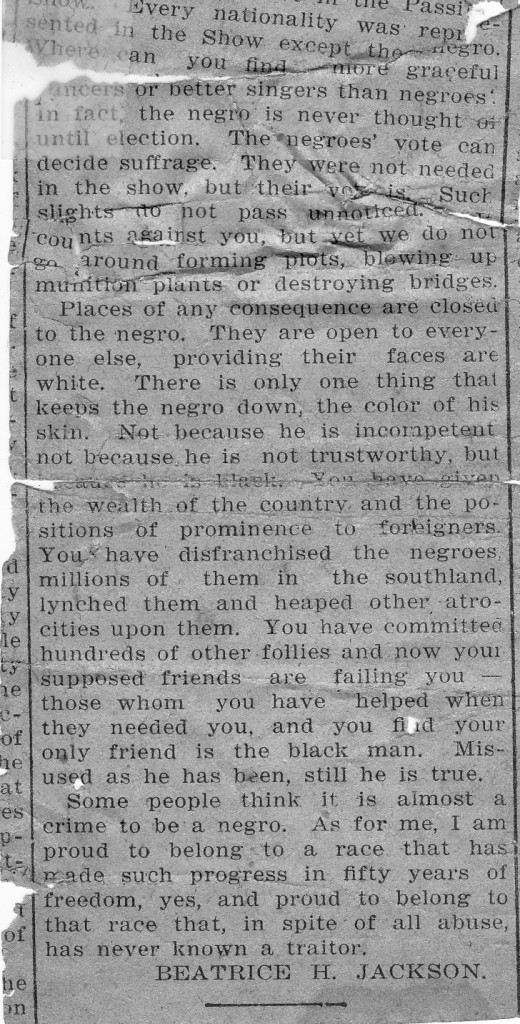 This fragment of a newspaper column written in 1917 by my great aunt, Beatrice Jackson, inspired my interest in learning more about my family history.

One of the inspirations for my interest in researching my family’s history was a fragment of a newspaper column I discovered among the articles, photos and other documents that I unearthed in my grandparents basement in 2009. The fragment, it turns out, was from a letter to the editor of the Tarrytown (N.Y.) Daily News written in 1917 by my great aunt, Beatrice Jackson. The letter, which ended with the words you see above, was written in response to the charge of treason that was being leveled against some of the black soldiers fighting for the U.S. in World War I.

I’d later uncover several other letters to the editor penned by my Aunt Beatrice, all of them displaying a very progressive racial and social 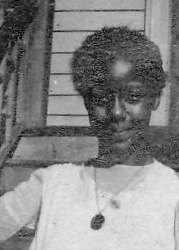 In the early 1900s, my great aunt Beatrice Jackson (pictured as a teenager) wrote several Letters to the Editor that were published in the Tarrytown (N.Y.) Daily News.

consciousness. That racial solidarity has emerged as a unifying theme as I’ve learned more about the lives of my ancestors. It also inspired my blog’s subtitle, “Lifting As We Climb.”

In future blogs, you’ll see that this theme of racial uplift was at the heart of the contributions of several of my ancestors, most notably Aunt Beatrice and my great grandmother, Addie Wilkins Jackson–or “Momma Addie” as she was affectionally called.